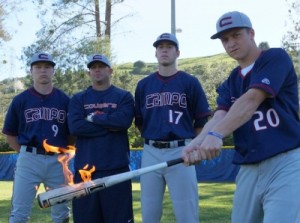 “The opportunity to four-peat, it’s pretty clear to all of us that it’s never been done before,” said senior second baseman Robbie Tenerowicz, a four-year starter and summer California Warrior player. “It’s kind of like setting an unbreakable mark, which is pretty cool to think about.”

The First Base Foundation is so proud of all the successes of Max and the summer California Warriors players on the Campolindo High baseball team (Robbie Tenerowitz, Scott Singh, and Ryan Hooper), and we look forward to your season!