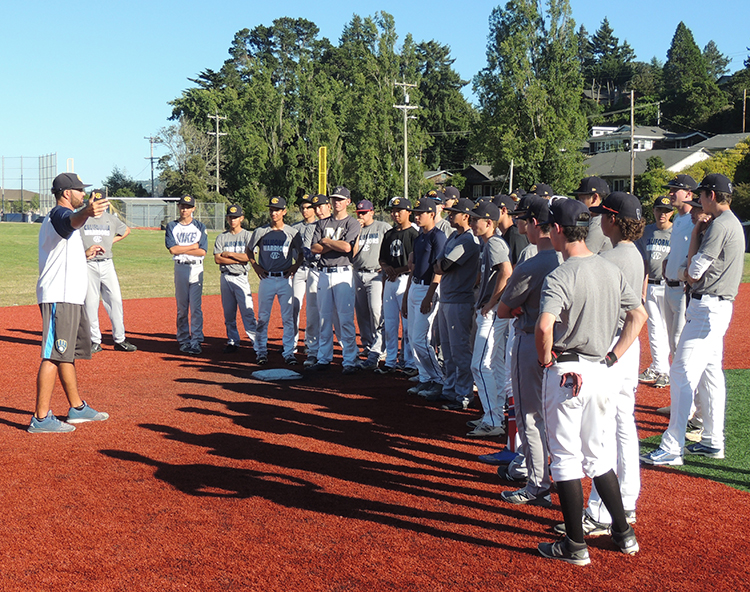 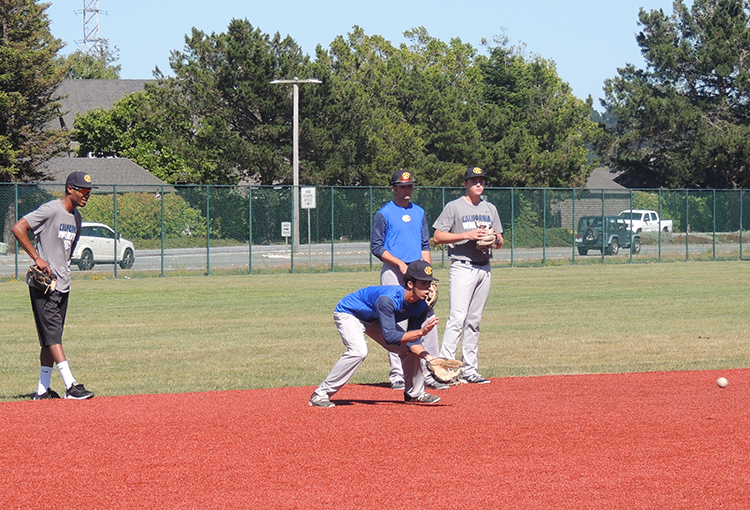 Moving from playing to coaching is a transition that many athletes make as their playing days draw to a close. Transitioning to the coaching world means having to see the game from a different perspective. As California Warriors Blue Team Head Coach Mike Praszker put it, “Seeing the game as a coach has allowed me to improve my own ability to accept constructive criticism as a player.” Mike understands that from the players’ perspective, criticism can often come off as negative, but a good coach is able to present the criticism in a way that allows the player to internalize the information and use it as a tool to improve. Being able to see this interaction from the coach’s standpoint has helped him see criticism in a positive light, something that will be essential to his success at Santa Clara University, where he just finished his freshman season. 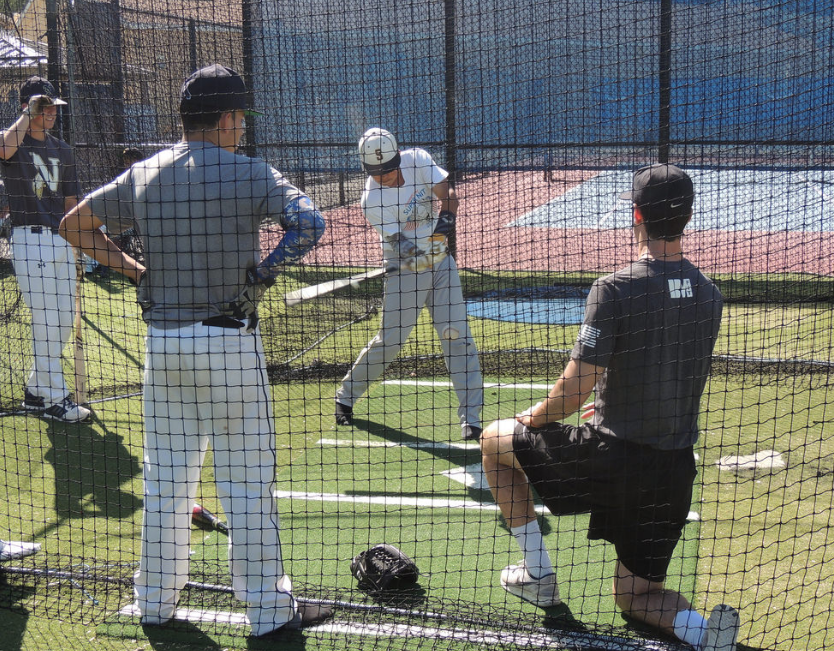 The summer 2017 season was the first one spent as a coach for rising college sophomore Joe Jimenez, and the experience has been a powerful one. “Coaching this summer gave me a chance to work on soft skills that I can use in whichever career path I choose when I graduate from Chapman. While I am usually on the field as a player, this summer as a coach has given me a new perspective and made me think about the game on a level that I hadn’t before, something that will definitely continue to help me in my playing career.” As someone still playing ball, Joe is able to connect on a personal level with the California Warriors players, creating a comfortable environment and proving himself to be an invaluable asset to the organization. While putting a lot into the California Warriors program, Joe has also gained skills through the Coaching Development Program that will prove useful as he explores new walks of life. 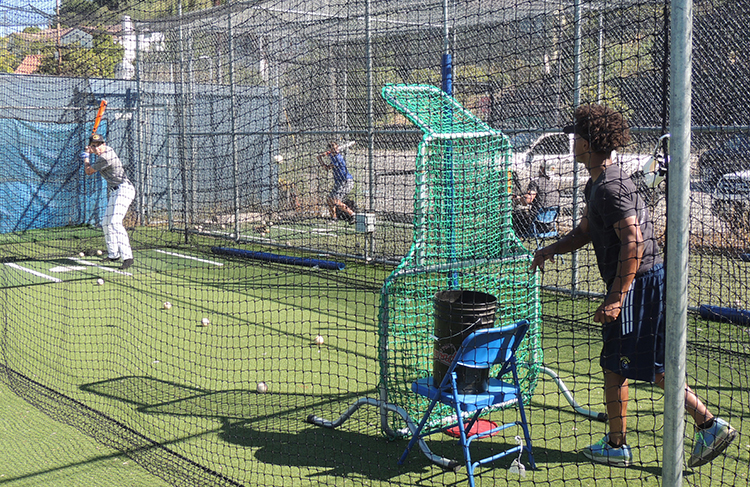 This summer marked another year of great success with the Coach Development Program. The California Warriors coaches have been given the opportunity to learn what it is like be a head or assistant coach and have developed the skills necessary to work with young baseball players. There is a symbiosis present in the Coach Development Program, where our coaches share their experiences and knowledge while gaining valuable job experience. It is an avenue for individuals committed to mentoring, building relationships, working during the summer, learning valuable lessons in team building and strategies, and wanting to build their resume and networking in baseball. We look forward to watching our current and former Coach Development Program participants grow and develop as coaches and members of the workforce. We cannot wait to welcome next year’s coaches for the summer of 2018!