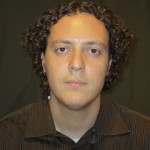 In a piece I wrote for FanGraphs yesterday about the Spring Training debut of Japanese phenom Yu Darvish, the conversation in the comments naturally turned to past Japanese imports like Daisuke Matsuzaka. In one of my first pieces on the whirling Darvish this year, I even explained that “Darvish is not Daisuke” in order to combat these comparisons, but they persist — and so do the cries of racism in response to those comparisons.

At the very least, it’s natural for talent evaluators to compare pitchers from Japan. Just like you would compare two pitchers coming out of the Pacific Coast League, you’d do so with two pitchers from Nippon Professional Baseball, the Japanese league. Statistics from similar leagues translate similarly. For those asking why the white American Colby Lewis isn’t brought into the discussion, the answer is age — he was older than Darvish and Daisuke when he made the jump from Japan to America.

But that doesn’t suss out the problem completely. Talking with Cal baseball star Tony Renda about his size and his future in the professional baseball, the name Dustin Pedroia came up fairly quickly. The 5’10”, 170-pound golden bear thought that the 5’9″, 180-pound Red Sox player might have opened some doors for him, and we both naturally gravitated towards the white American star with the similar body type at the same position. Then again, Renda might have just as much in common with the 5’7″, 170-pound Jose Altuve — I did mention the Venezuelan — but how many times will the Astro second baseman come up as a comp?

It’s only natural for us to look for comparable players when trying to evaluate the future. We just want to know how similar players have done before. And obviously when you are looking at body types, it’s easy to fall into the race trap. But athleticism is unique to each person — it’s a product of environment, genes, upbringing, and even culture. Race and ethnic background is a shortcut to grouping these players, but it’s no excuse for not doing more work and delving further into the case.

It might be, that in the case of Darvish specifically, there is no better comp that previous pitchers of his age that have made the transition from his particular league to the Major Leagues. But if you look at his height, weight, and fastball velocity, you notice that he’s taller, heavier, and throws a faster fastball than any other Japanese import to date.

So maybe he’s just one of a kind, for now.