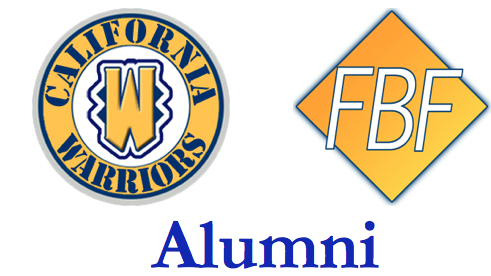 The First Base Foundation has many student athletes playing baseball at the collegiate level this season. Here is an update on the ones playing DII ball.

Myles Babitt (So) OF/LHP, Academy of Art University: Myles has been a key contributor to the Urban Knights team. His .238 batting average is third on the team while he is second on the team in on base % (.351), runs scored (6), and total bases (19). Babitt has also made two appearances out of the bullpen for the Urban Knights, pitching 5 innings giving up 5 earned runs.

Tino Leite (So) SS/RHP, Academy of Art University: The transfer student from University of North Carolina at Greensboro has started 16 of the teams 23 games this season, and his .270 batting average is tops among the Urban Knights.

Jordan Wilder (Sr) OF, Cal State East Bay: The 2012 Cal State East Bay Offensive Player of the Year has started all 33 games for the Pioneers this season. Wilder is currently hitting .267 with 12 RBI and 23 runs scored.

Cody Slader (So) SS, Chico State: The San Diego State transfer has had an outstanding first season with the ‘Cats as he has started 25 of the teams 28 games. Cody is hitting an impressive .354 with 13 RBI and a great .881 OPS. In a 4 game series against Cal State Stanislaus Slader was 5-13 with 3 RBI, 5 runs, and 2 stolen bases, as the ‘Cats swept the CSUS Warriors.

Mike Bothelo (Sr) RHP, Chico State: The Chabot College transfer has pitched 25 innings for the 23-5 ‘Cats. Bothelo has posted a 3-1 record with a 2.88 ERA in 8 total appearances and 4 games starts with 1 complete game. In his last start, Bothelo threw 5 innings of 2 hit ball giving up only 1 run and striking out 3 while helping the ‘Cats to a 3-2 victory over SF State.

Matt Manfre (So) RHP, Sonoma State University: The Sophomore pitcher has 2 starts in 4 total appearances he has posted a 6.97 ERA in 10.1 innings pitched.