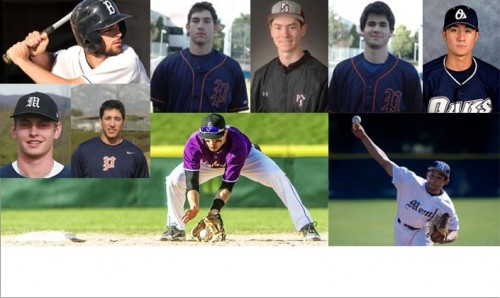 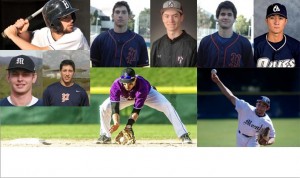 The First Base Foundation has many student athletes playing baseball at the collegiate level this season. Here is an update on the ones playing DIII and NAIA (National Association of Intercollegiate Athletes) baseball.

Jake Dorfman (Fr) LHP, Pomona-Pitzer College: After recovering from an early injury, Dorfman has made 1 appearance this season. Against Ithaca College he pitched 1 inning giving up 1 run on 2 hits and striking out 2 while recording the win
for the game.

Kenny Rabin (So) IF, Pomona-Pitzer College: In three games and one start this season, Rabin is hitting 1-6 with a run scored and a walk for the 22-7 Sagehens.

Guy Stevens (Sr) RHP, Pomona-Pitzer College: The Sagehens Senior Closer has made 1 appearance in 2.1 innings pitched. Stevens has recorded 1 save giving up 0 runs on 2 hits.

Adam Medoff (Sr) RHP, Amherst College: The Senior has thrown 4 innings in 4 total appearances this season. Medoff impressively has 7 strikeouts with zero walks so far this season while giving up only 2 earned runs.

Dominic Schwartz (Jr) IF, Brandeis University: Dom has played in 15 of the teams 22 games helping the Judges to a 7-15 overall record. The Junior infielder has 8 hits in 34 total at bats with 3 RBI and 4 runs scored. In a recent game against Worcester St., Schwartz went 2-4 with a walk and a run scored.

Logan Mobley (So) RHP, Middlebury College: The young right hander has started all three games he has appeared in this season for the 4-10 Panthers, with 1 complete game. Mobley has 12 strikeouts and only 5 walks in 14.2 innings pitched.

Rhett Gibbs (Fr) RHP, University of Puget Sound: The Freshman pitcher has made 3 appearances and 1 game start this season for the 11-18 Loggers. Gibbs has given up 4 earned runs in 4.1 innings pitched and an 0-1 record.

Daniel Comstock (Fr) C, Menlo College: The outstanding Freshman is third on the Oaks with a .326 batting average, having started 37 of the teams 39 games behind the plate. Comstock is second on the team in nearly every major offensive category on the team. In a recent four game series against Coban University (Oregon), Comstock went 10-for-18 with 9 RBI and 4 runs scored.

Ronnie Schivo (Fr) MIF, Menlo College: In 30 Game appearances with 15 starts, the Freshman Middle Infielder is hitting .291 in 55 plate appearances. Schivo leads the team in stolen bases (10), despite his limited role. In the series against Corban University (Oregon) Ronnie 3-for-7 with 3 RBI and 7 runs scored.