FBF Founder Gets The Call

We are honored and ecstatic to announce that Noah Jackson, the Founder of the First Base Foundation, has been hired as the Assistant Baseball Coach at UC Berkeley. This is the third time in Noah’s career that he will be putting on the Cal Bears uniform. He graduated and played baseball at Cal and later returned as a Volunteer Assistant Coach for two seasons.

Noah was hired by Mike Neu to coach at the University of Pacific from 2015-2017, and looks forward to continuing his work with Neu at Cal. In his new role at Cal, Jackson will coach hitters and outfielders, and will be the team’s recruiting coordinator.

“Noah is an unbelievable recruiter and hard worker. He’s tireless and he knows what it’ll take to get the right guys at Cal.”
UC Berkeley Head Coach Mike Neu 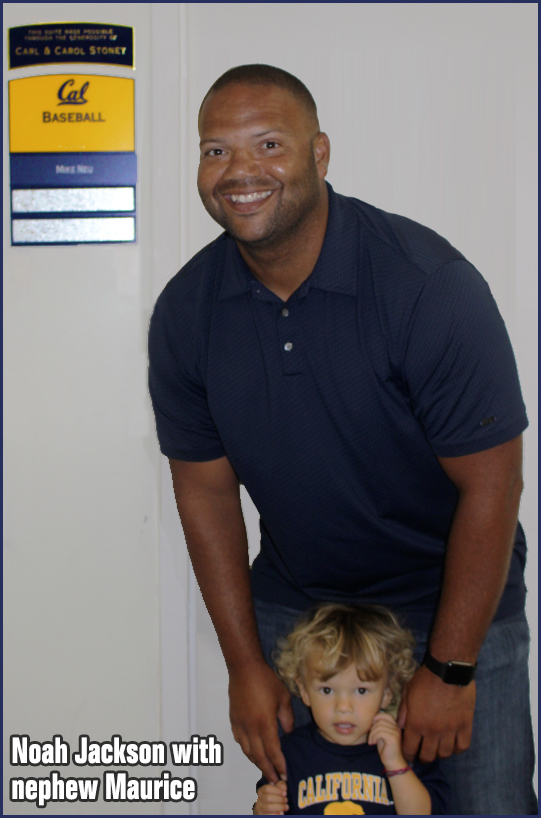 Prior to coaching at the collegiate level, Noah played professionally in the Chicago Cubs organization, scouted for the San Diego Padres (where he drafted current big-leaguer Joe Ross), and devoted his time and energy to ensuring that his 501(c)3 non-profit, the First Base Foundation, successfully transformed student athletes’ futures by making high quality travel ball more affordable and instilling leadership skills and self-esteem in the California Warriors players.

Washington Nationals manager (and Noah’s godfather) Dusty Baker, has watched Noah’s work with the First Base Foundation as well as his development as a coach and leader, and is a big believer in both Noah and the Foundation. Dusty’s son Darren is joining the Cal Bears as a freshman this season, and we all look forward to watching his career unfold.

Noah isn’t the only member of the First Base Foundation family to move on to great things in baseball. There is an extensive list of California Warriors Alumni playing professional baseball and alumni who have returned to the California Warriors organization to develop their careers in coaching. In addition, we want to congratulate CW Director of Baseball Operations Ryan Burke, who is joining College of Marin as an Assistant Coach, alum Devin Pearson who works in the Boston Red Sox front office, alum Jackson Smith who works for the SF Giants and is an MLB intern in NYC this summer, alum Anthony Firenzi who coaches at Redwood HS, alum Kenny Rabin who coaches at Branson, and alum Pat Conroy who coaches at Terra Linda HS.