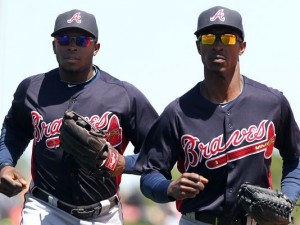 Major League Baseball, with a record low 7.7 % of African-Americans on opening-day rosters this season, announced the creation of a task force Wednesday in hopes of reversing the 20-year decline.

“As a social institution, Major League Baseball has an enormous social responsibility to provide equal opportunities for all people, both on and off the field,” Commissioner Bud Selig said in a prepared statement. “I am proud of the work we have done thus far with the RBI program and the MLB Urban Youth Academies, but there is more that we must accomplish.

“We have seen a number of successful efforts with existing MLB task forces, and I believe we have selected the right people to effectively address the many factors associated with diversity in baseball.”

The African-American percentage in baseball this season is the lowest since the Boston Red Sox became the final team to integrate its roster in 1959, according to a USA TODAY study, that includes major-league players on the opening-day disabled lists. It’s a drop from 8.05% last season, a dramatic decline from 1995 when 19% of the rosters were African-American, and far from the peak of 27% in 1975.

“Bud is right on the spot,” veteran agent Scott Boras told USA TODAY Sports. “We’ve got to get these athletes back into baseball. But I don’t think anything will change until Major League Baseball and the NCAA wakes up.

“Until we get this remedied, the Jackie Robinsons of the world aren’t going to come to college to play baseball.”

“If you’re a high school athlete coming from a single-parent home that doesn’t have the money to go to college,” Boras said, “you’re going to go to the sport where you can get a full scholarship. This needs to change if we want to get the best athletes in baseball.”

The dearth of African-Americans can be seen even at the high-school level, Hall of Fame executive Pat Gillick says.

“At the high-school level,” Gillick told USA TODAY Sports, “the coaches get these kids in revenue-driven sports, and take them away from baseball. There’s so much pressure on these kids to even play spring football.

“We need to get the African American players back in the game, which I think would make it not only a better game, but more exciting and entertaining for everyone.”

Hall of Fame second baseman Joe Morgan hopes the committee will help, but also believes that baseball needs to improve its representation in the front offices and the field. There are three African-American managers — Dusty Baker of Cincinnati, Ron Washington of Texas and Bo Porter of Houston — and Mike Hill of the Miami Marlins is the only African-American general manager.

“There has to be more involvement to attract athletes to come to baseball,” Morgan told USA TODAY Sports. “I thought the NFL was worse, with the way they handled all of their jobs, and that none were given to African-American coaches. Truthfully, we can’t go in that direction and hope this things turns around.”

Major League Baseball launched its RBI program (Reviving Baseball in Inner Cities) in 1989, and has built four urban academies with three others being developed. There have been more than 200 RBI participants drafted, including 14 in last year’s draft. There were also seven African-American athletes selected in the first round of last year’s June Draft, the most since 1992.