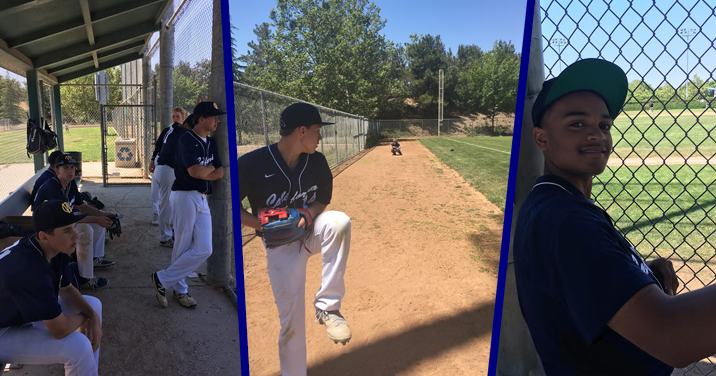 The California Warriors Silver team opened their season over Memorial Day Weekend at the River City Travel Baseball Memorial Day tournament. For many of the guys, it was the first time putting on a Warrior uniform and they did not disappoint. The weekend was comprised of many outstanding and clutch performances by several different players, with a focus on the starting pitching. All weekend long the California Warriors Silver benefited from stellar starting pitching efforts from Nathan Hirsch, Connor Maas, Zachary Mathews, and Kalen El-Masri. The Warriors bullpen efforts were outstanding as well. Peter Coholan was great out of the bullpen on multiple occasions and Hunter Karbowski proved to be a solid arm out of the bullpen as well. The defense was headed by great efforts from Alex Kirley, who saw time at both short stop and third base over the weekend, Isaak Irmini-Kreft at second base, and Benji Brakebill at third. The Warriors were able to clinch their first victory of the season on Sunday afternoon in a come-from-behind victory over the North Sac Scrappers. Down 4-1 late in the game, clutch at bats from Isaak Irmini-Kreft, Dean Kellum, William Miller, Kalen El- Masri, and Deven Irwin led to a five run top of the fourth inning for the Warriors. Miles Smith took the mound in the bottom of the fourth and was lights out for the Warriors, going 3 innings and allowing only one run, earning himself the win. The California Warriors Silver Team’s next contest is a double header versus the Thundersox at Dublin High School on June 10th.