The Importance of Coaching 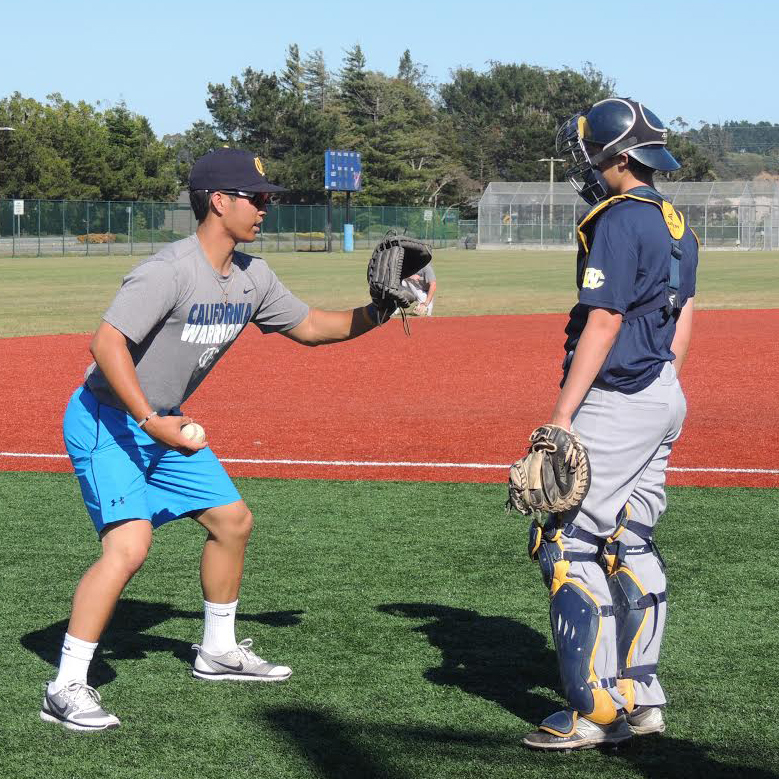 The First Base Foundation & California Warriors are holding 7 practices at Tam HS and Redwood HS over the course of the summer. While competing in games during the summer is a great way to have fun, stay in shape, and grow as a baseball player, practices afford players the opportunity to address specific issues with their game and turn around bad habits.

At practice last week, all four teams spent time working together as well as with their individual teams, and also worked out by position. Coach Jimenez, a catcher at Chapman University, pulled the catchers from all four teams aside to work on catcher-specific drills. While the catchers worked on throwdowns and proper technique for blocking balls in the dirt, outfielders worked on their footwork when chasing down fly balls, batters cycled through taking reps in the cages, infielders practiced rundowns, and everyone spent some time on baserunning technique at the end of practice.

Breaking down individual techniques by position, working specifically on situational hitting, and talking to the players about the coaches’ expectations all help players develop strong baseball habits that they will carry with them into their high school seasons. The practices allow the coaches to recreate game situations and explain to the players how to improve, which is why they are an extremely important complement to games and tournaments throughout the summer ball season.

Prior to each practice, Coach Burke compiles a practice schedule, which allows the rest of the coaching staff to seamlessly move players from station to station so everyone makes the most out of their time on the field. The First Base Foundation coaching program prides itself on providing the California Warriors players with a fun, competitive atmosphere that also is effective in correcting mistakes and addressing lingering bad habits.