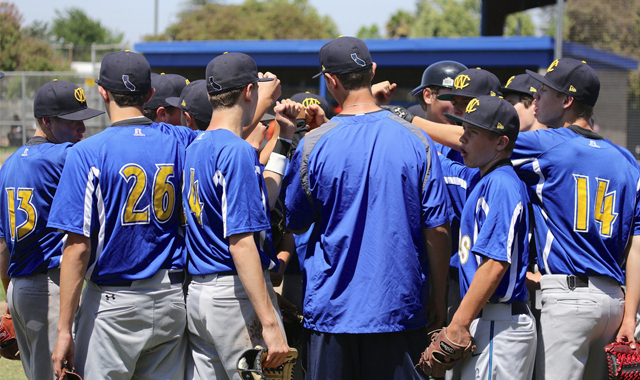 The California Warriors White Team went out with a bang on Saturday afternoon, crushing Berkeley Buzz to end their season on a high note. It was an action-packed, exciting game, and Coaches Beau and Gunnar kept it interesting by switching up the positions and giving all the student athletes the opportunity to play where they wanted.

The Warriors were aggressive at the plate and got on the board early in the top of the first inning. The leadoff hitter for the Warriors worked his way over to third base after a single and some aggressive base running. The next Warrior up walked, followed by a base hit to give the Warriors their first run. The biggest hit of the inning came from James Schoch who crushed a two-run double to right-center field. The Warriors added a fourth run in the inning with a sacrifice fly. Robbie Vanderlaan started the game on the bump for the Warriors, pitching five scoreless innings. He worked fast, and everything seemed to be working for him as he hit his spots and had great control. The Warriors offense picked up where they left of after a 1, 2, 3 first inning from Vanderlaan. A couple of walks, a stolen base, and a single loaded the bases for the Warriors, and a fielder’s choice followed by a hard-hit single manufactured three runs. After just two innings, the Warriors were up 7-0.

In the top of the fourth inning, the Warriors increased their lead to 12-0 with some timely hitting and patient at-bats. The following inning, James Schoch ripped another double that scored another run. From there, the Warriors cruised through the rest of the game and were in complete control. Will Coffey came in to relieve Vanderlaan and pitched three scoreless innings in his pitching debut. The Warriors continued to add to their huge lead and Timmy Stabler closed out the game with one solid inning of work on the mound.

Usually the game is seven innings, but on Saturday they got to keep the fun going and play nine innings. It was only fitting to play a regular-length game on the last day of the season. In two short months, the Warriors improved greatly as a team. Their maturation from a group of individuals to a single, well-oiled machine really showed on Saturday and was wonderful to see.

A look back on some of the individual highlights from Coach Gunnar:

Thanks to Coaches Beau and Gunnar for a great season and thanks to the student athletes for always giving it their best. Until next summer, go Warriors!!!