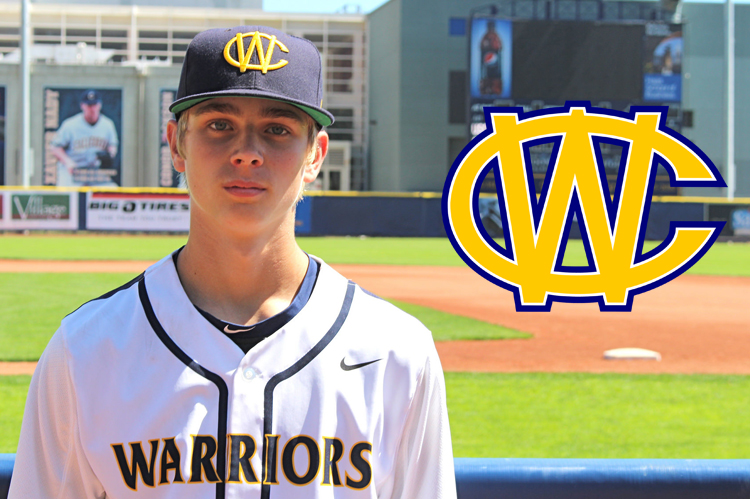 Hance Smith | Santa Rosa Junior College | INF / P: Hance returns to the California Warriors Alumni of the Week list for the second time this season, this time as the top-earner after a monster week at the plate for Santa Rosa Junior College. Smith is 8 for his last 19 with 8 Runs, 4 RBI, 1 HR, and 1 SB – look to see him on the diamond playing for UC Berkeley next season.

Andrew Ferrero | Amherst College | RHP: The junior from San Francisco has been having himself a solid season on the mound, and came away this week with his best outing of the year. Andrew entered the game in the first inning after Amherst’s first two pitchers gave up 4 Runs and failed to record an out. Ferrero proceeded to shut down the opposing bats, tossing 7 Innings of shutout ball, striking out 9 batters and recording the Win.

Alec Ritch | Branson / Middlebury College | RHP: Alec put the Branson Bulls on his shoulders for this one, tossing a complete game 4-hitter against Drake while going 3 for 3 with a HR. Earlier this year, Ritch signed a letter of intent to join the baseball team at Middlebury College.

Matt Ladrech | UC Berkeley | LHP: The veteran hurler earned his second Win of the season last week, tossing 5.1 Innings against the University of Oregon. Matt struck out 6 while walking none and giving up just 1 Run.