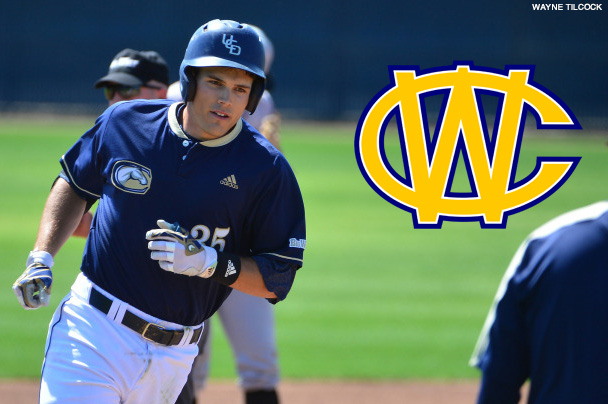 Ben Somorjai | Haveford College | C: Somorjai has been swinging a hot bat of late after seeing his playing time ramp up in the latter half of the season. Over the last week, Ben has gone 6-for15 with a Run scored and 4 RBI.

Kevin Whitaker | Laney College | Util: Whitaker has been a machine at the plate all season long, earning him another mention in the Alumni Players of the Week. This time, he has gone 8-for-22 with a Run, 2 RBI, 1 HR, and a Stolen Base.

Christian Merriwether | College of Marin | CF: Christian has hit his stride in the month of April, collecting several multi-hit games. This week, he went 6-for-17 with 3 Runs, 1 RBI, and a SB.

Michael Praszker | Santa Clara University | P: Michael entered the game in the forth inning with his team up 4 to 3, firing 3 shutout innings that kept Santa Clara in the lead and allowed his team to continue on to win the game. In this appearance, Praszker allowed 0 hits, struck out 4 batters, and earned the Win.