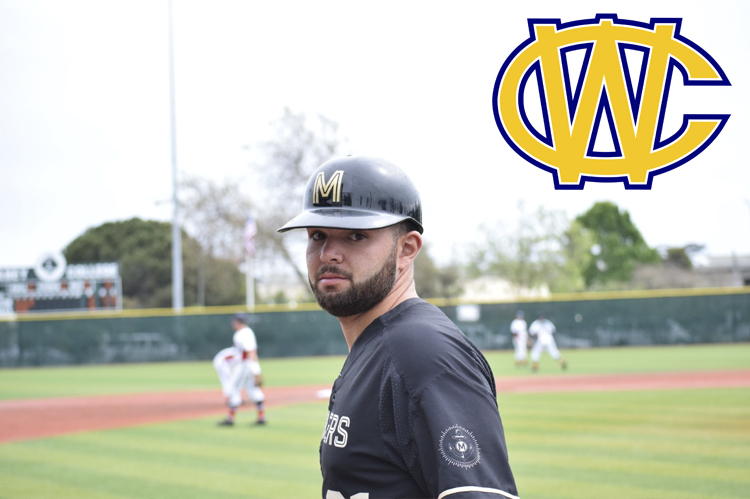 A Home field advantage is something that all athletes look forward to, especially collegiately.

There has been no such advantage for the College of Marin Baseball team this season as new field construction is underway. Displaced since the beginning of the school year in August, the Mariners have practiced throughout the county and played all games outside of Marin.

Despite their situation, the Mariners have had one of the most successful seasons in program history earning their 2nd consecutive Bay Valley Conference Title, and the program’s 5th in the last six years. Overall, the Mariners finished the regular season 27-12, 16-5 in conference play to win the title by a game.

With this incredible season the Mariners earned the 6th seed in the state playoffs, eventually falling 2-1 in a 3-game series against College of San Mateo.

The success of the team is due in large part to a number of California Warriors alumni:

Alex Davis (Tamalpais HS), who hits in the middle of the Mariners order, is hitting .338 with a .453 OBP. His 38 RBI’s lead the Mariners to go along with his 12 2B’s and 2 3B’s. He has also started every game at shortstop for the Mariner’s this season. He will be attending DI San Jose State University in the fall.

Left fielder Adam Hussain (Redwood HS) was a big bat in the middle of the order for the Mariners this season, putting himself in the conversation for Conference Player of the year. While his overall slash line of .381/.461/.576 is above average, his conference play has been even better sitting at .447/.510/.671. Three of his team leading four homeruns have come in conference play as well as 25 of his 34 RBI’s. His 15 2B’s overall lead the team.

Center fielder Christian Merriwether (Castro Valley HS) has made the biggest jump from Pre Season to Conference play going from .276/.379/.355 to .353/.444/.494. He also leads the team with 14 stolen bases as well as his award worthy defense in centerfield.

Starting 3rd baseman and #3 pitcher Dominic Burke (San Marin HS) has done it all for the Mariners this season. Despite a 4-6 record on the mound, Burke has just a 3.90 ERA overall in 60 innings pitched. After hitting over .320 and serving as the leadoff hitter as a freshman, Burke moved into the middle of the order this season and has produced 16 RBI’s. His biggest contribution comes on the defensive end as he has committed zero errors at 3rd base and on the mound. His .1000% fielding percentage leads the state.

Leading the bullpen was closer Nick Roth (Drake HS) who is tied for the state lead in saves with 10. The bullpen was something new to Roth as he served as a starter for four years at Drake. However, he had no problem transitioning to the bullpen as his 30.1 innings lead all relievers to go with his 3.26 ERA and 34 strikeouts. Roth’s efforts thus far will give him a great chance at All-American honors.

Owen Hamilton (Sir Francis Drake HS), a high school teammate of Roth has been just as successful helping bridge the gap to the closer going 3-1 with a 2.14 ERA in 21 innings.