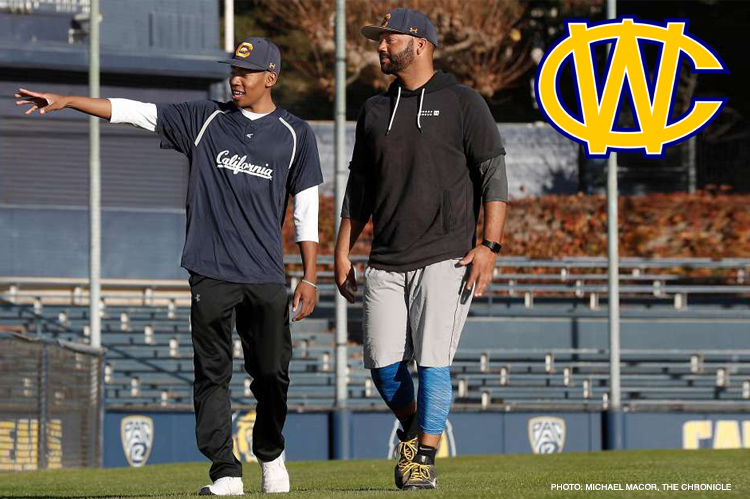 Noah Jackson, founder of the First Base Foundation & California Warriors, has a lifelong connection with his godfather, Dusty Baker and Dusty’s family. Dusty’s son, Darren, is now a student athlete at UC Berkeley, and the story of how the three guys ended up at CAL was recently featured in a story by CBS SF Bay Area:

Jackson has known Baker since the day he was born and is a big reason why Baker committed to Cal when he was a sophomore in high school.

“A lot of people come into your life and say they will be there for you,” Jackson said. “But he was actually there for me day in and day out.”

The support propelled Jackson to become a Cal graduate in 2003, and now as an assistant coach with the Bears, Jackson is trying to re-pay the Baker family by mentoring Darren both on and off the field.

“When he was in 7th and 8th grade watching him swing the bat was different,” Jackson said of Baker’s early development as a player. “A lot of it comes from the imitation of guys that his dad would manage.”